The Apple support did respond to my emails but the responses were all lame. “Never admit a failure” – we’ve come to hate that mantra from Apple over the years.

Why iPhoto order language is wrong

I don’t really know why the iPhoto order language is wrong. BUT in investigating the issue I’ve learned a few things.

The Apple print services (i.e. iPhoto store) is available in 20+ countries. For countries where more than one language is spoken it may be available in several languages. To select your prefered store use iPhoto → Preferences → Advanced → Print Products Store.

The Swiss store is only available in German and French – English, my system language, won’t do. However, in all those years I’ve never seen an option to choose between German/French. iPhoto always just assumed one.

I’ve yet to figure out how Apple picks the effective store. However, if it doesn’t look in either of those three places it’s seriously broken anyhow… 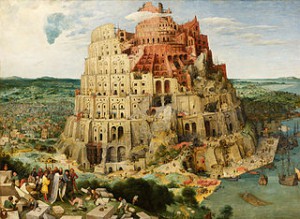 The only way I could force the order pages to appear in German was by launching iPhoto itself in German. For that System Preferences → Language & Text → Language has to list German first.

What if only the formats are wrong

A related issue that comes up times and times in the Apple support forums is that date/time formats are wrong when you create a print product such as calendars. This can easily be fixed by setting System Preferences → Language & Text → Formats → Region to the desired value.