Update 2020-01-29: if you found here because you’re actually interested in ESP32 devkits look no further! The amazing ThingPulse ePulse from yours truly consumes only 25μA in deep sleep.

Since this article has become quite long, and to give you an idea what to expect, I decided to put a TOC here:

It’s unfortunate that there’s a mixup of version and generation names.

What I put in the 3rd column is just my observation of products in (Chinese) online shops such as Banggood and AliExpress. The last item is an odd one. A while a ago I started noticing this one product marketed as V3 even though it looks like a regular V2 board to me.

What further contributes to the naming jungle is precisely the fact that the hardware is open-source and anyone can produce and market NoduMCU development boards. There currently are three primary producers: Amica (see ‘NodeMCU and Amica‘ below), DOIT/SmartArduino, and LoLin/WeMos.

1st and 2nd generation boards are easy to tell apart because their size is quite different. Both generations use ESP-12 chips with 4MB flash but the 2nd generation uses the newer and enhanced ESP-12E.

The original but now outdated dev kit is usually sold with an outstanding yellow board and is very wide. Its 47mm x 31mm mean that it covers all 10 pins of a regular bread board which makes it very inconvenient to use. There’s a blog post with a picture that demonstrates this quite clearly. They seem to be produced by Amica primarily (my guess).

It comes with a ESP-12 module and 4MB flash memory.

The V2 fixes the short comings of the initial board, it’s more narrow and fits nicely into bread boards. The chip was upgraded from a ESP-12 to a ESP-12E.

So, what’s with the V3? NodeMCU haven’t released a new specification so far. Hence, there’s no official 3rd generation board. Turns out that V3 is a “version” invented by producer LoLin to signify minor improvements to the V2 boards. Among others they claim their USB port to be more robust.

If you compare the pin layout there’s only a tiny difference to the V2 layout. LoLin decided to use one of the two reserve pins for USB power out and the other for an additional GND.
Watch out though for the difference in size! This LoLin board is significantly larger than the Amica and DOIT V2 boards. Because of its size I would never use it. There are clearly better alternatives.

AND what’s LoLin got to do with WeMos? I wish I knew…The pin layout you see here was originally hosted on wemos.cc but the link is now dead. 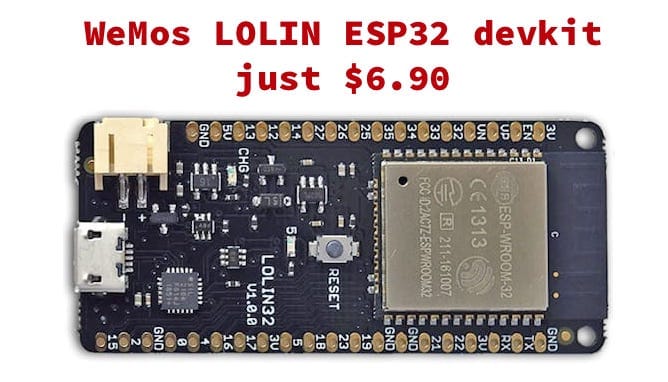 Relationship between NodeMCU and Amica

What’s the relationship between NodeMCU and Amica? Here’s what I know.

Many V2 boards are created by or at least labeled with ‘Amica’. It’s a brand name created by the Dutch Gerwin Janssen who seems to spend a lot of time in Shenzhen, China. He owns the amica.io domain.

Although not officially part of the original NodeMCU team Gerwin designed a name for the devkit v1, called Amica. The team liked it and adopted the name.

NodeMCU posted a photo on Facebook which shows official and unofficial V2 boards. I don’t really understand the notion of official. It’s my understanding that with open-source hardware there’s no such thing as official boards. What it maybe means is that Amica is the “endorsed” producer and DOIT & LoLin are not.

NodeMCU posted another photo on Facebook (see left) with specifics what is considered official and what not. Amica really seems to be the only producer which is 100% in-line with the V2 NodeMCU hardware spec. The Amica boards are not sold at Banggood but you can still get them at AliExpress and seeed studio if you search carefully. Beware that these days many devices advertised as “NodeMCU V2” are NOT spec compliant.

However, Banggood carries a NodeMCU v2 devkit under the brand name “Geekcreit” that looks genuine.

At the end of 2015 the hottest alternative seems to be the WeMos D1 mini. It has roughly the same width as a V2 NodeMCU devkit but at 34.2mm it is nearly a third shorter. It runs an ESP-8266EX MCU and provides 4MB flash. Its nine GPIO pins make the D1 mini suitable for a large IoT target audience. It supports both Arduino and NodeMCU.

The only downside for many may be that you have to solder the pins yourself. Each D1 mini comes with a pair of long and short female pins and a pair of normal pins. Some reports on the Internet claim that it can be a bit difficult to get proper drivers for the CH34x USB to serial chip on the D1 mini. That’s the same chip used by some of the cheap Arduino clones.
Also, it’s obviously got a few pins less than the NodeMCU boards, check the pin map. How else would they be able to reduce the length so much? On the other hand it’s also got a 5V out just like the LoLin V3.

Oh, and the best part? They’re sold at Aliexpress for just $4! I ordered mine on December 19th 2015 and got them in the mail on the 31st, that’s impressive. They’re sent by registered(!) air mail.

DOIT/SmartArduino, producer of V2 boards, also has a dev kit alternative that uses a Cortex-M4 chip instead of the ESP8266 with otherwise the same board.

Among the others two that come to mind pretty quickly are the SparkFun ESP8266 Thing and the Adafruit HUZZAH ESP8266 Breakout. I don’t own either of them but the Adafruit board, as most of their stuff, looks pretty neat. It’s a bit smaller than the NodeMCU dev kits but you need a special USB to TTL serial cable rather than a standard USB cable.

Recently I discovered Adafruit sells a development very similar to the NodeMCU v2 dev kit but with an additional LiPo connector – pretty cool. See the separate article for details.

In a separate article from June 2016 I’ll show you how to use the NodeMCU firmware on a tiny ESP8285 development board. That SoC is very similar to the ESP8266 except that it’s got 1MB SPI flash embedded right in the SoC.