I herewith announce a new GUI tool to flash NodeMCU based on esptool.py targeting Windows users primarily. Self-contained executables are available on GitHub. 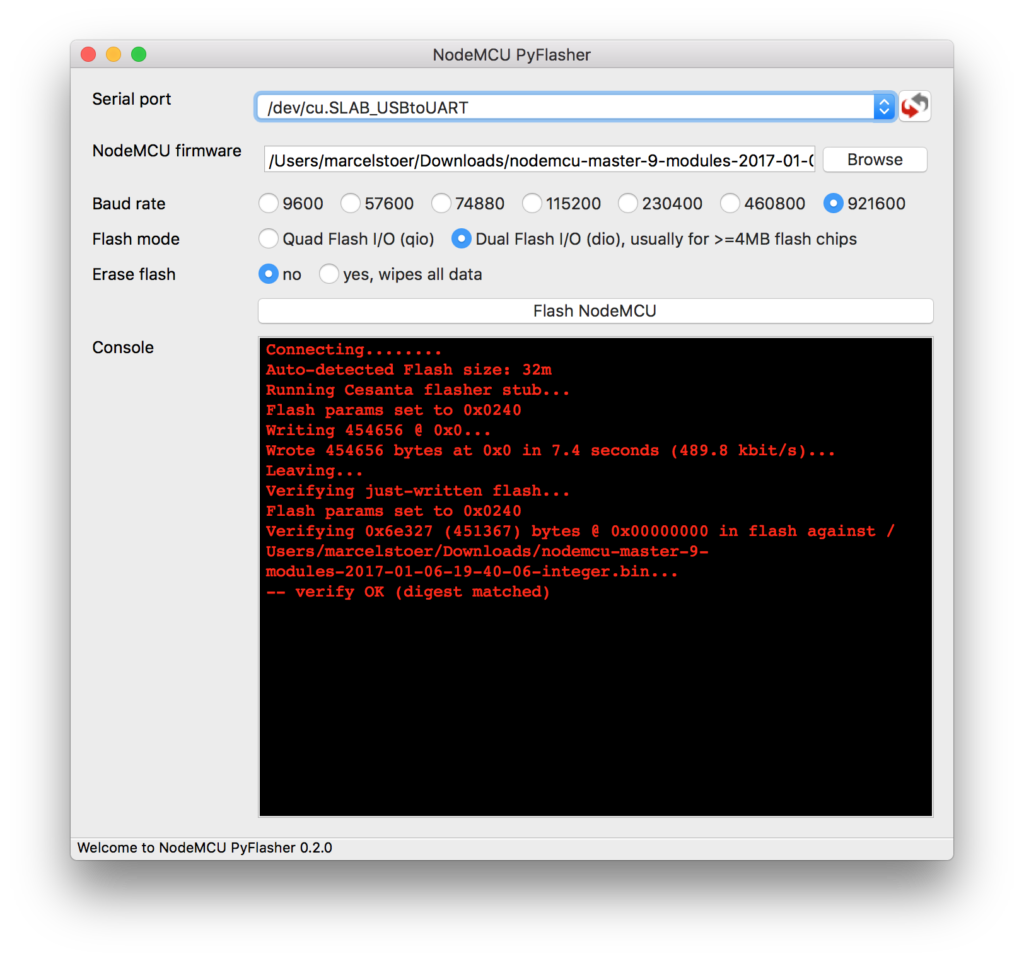 This addresses an issue the NodeMCU community touched on several times in the past, most recently in fall 2016.

I stated that based on my experience doing NodeMCU user support it should be a lot simpler to flash NodeMCU for Windows users.

Conclusion: this is not a comfortable situation for NodeMCU’s largest user group.

For quite a while I planned to write a self-contained GUI tool which would use esptool.py in the background. It should primarily target Windows users but since I’m on Mac it should be cross-platform. Even though I had never used Python before I felt confident to pull this off.